At 11AM  there will be a service at the Willard Cemetery memorializing  Lawrence Mocha.   Mr. Mocha (also known at the gravedigger) was a patient at Willard who  buried over a thousand other patients while he was institutionalized.  New York Times Journalist, Dan Barry, wrote an excellent article about Mr. Mocha.  To read his article click here.

Why: This tour is offered annually as fundraiser for  The Elizabeth Cady Stanton Children’s Center.

Curious about what you might see while touring Willard?  Check out my 2011 tour of Willard here.

In May of 2011, the Willard Asylum for the Insane located in Willard, NY, Town of Ovid, opened its doors to the public for a one day guided tour of the grounds and some of the buildings that remain on the property.  The tour, conducted by some of the former employees of the institution and local historians allowed the curious, like myself, to take a rare glimpse at one of the most overlooked historical sites in Seneca County’s history, and one of New York State’s most notorious asylums for the insane.

Following the tour, I decided to share my photos and thoughts about Willard in a post titled A Day at Willard Asylum for the Insane.  That post has received a huge amount of (unexpected) daily traffic. I’ve had visitors who are searching  for information on relatives who were committed there, former employees, ghost enthusiasts, people looking for information on future tours, and people who have authored books on Willard leaving comments on my post.  Because of all this interest I’d like to share a couple of updates.

First, a news article published by the Seneca Daily News explains some of the plans being considered by local enthusiasts to rehabilitate the asylums severely neglected cemetery where 5776 patients were laid to rest.  There are obstacles concerning the HIPPA regulations that are slowing the project from moving forward but one task has been accomplished.  On September 21, 2011, a large sign was erected and now marks the location of the cemetery.  For more information on the cemetery project visit The Willard Cemetery Memorial Project.

Secondly, I’d like to share information about an upcoming presentation about Willard that is scheduled for December 14, 2011, 7PM – 8:30PM, at the Ovid Library.  “Craig Williams, curator and senior historian at the New York State Museum, will give an illustrated commentary on the Anna Hopkins scrapbooks, what they say about 19th century life and how they portray Willard Asylum. Anna was the spouse of a Willard physician and lived at the asylum from the mid-1800’s until 1894. Her scrapbooks contain original photographs, newspaper clippings and other ephemera giving an unparalleled view of life at Willard.”  If you’re interested in attending this event pre-registration is required. Visit the library’s link above for contact information.

Additional pictures I took during the May tour. 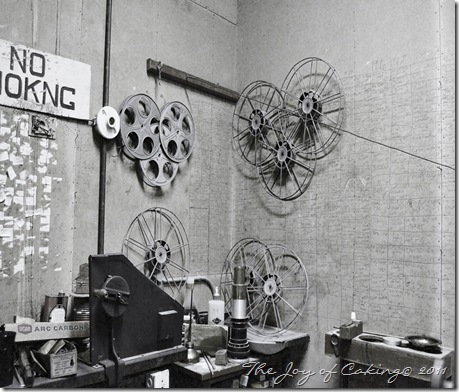 If you have information on Willard please feel free to share it in the comments section.